Receding gums or gingival recession is a retraction of the gums from the crowns of the teeth. It is a progressive disease that can begin early as childhood or adolescence and gradually worsens over the years. By the time it becomes apparent, usually after the age of 40, the roots of the teeth may have been exposed. Read on to learn some natural remedies to prevent receding gums and how to fix them. 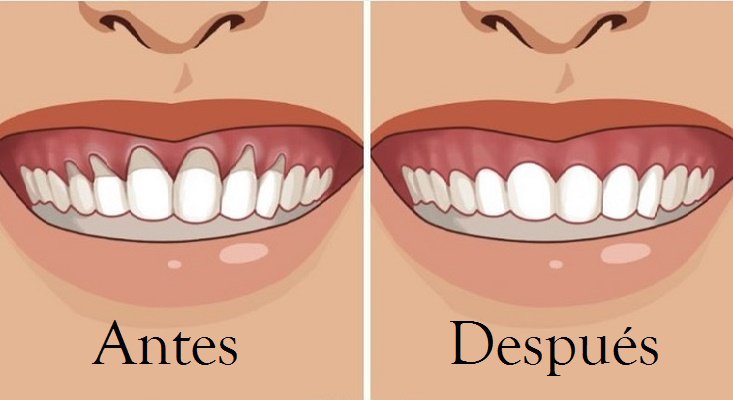 The roots of the teeth are held in individual sockets in the jaw bone. But the gum tissue that covers the jaw bones and the base of the crowns plays an important role in keeping the teeth in position and keeping them stable.

The gums hug each tooth at a point just above its neck – where the crown of the tooth meets the root. This protects the lower part of the tooth from exposure to food materials and pathogens.

The separation of the edges of the gum from the teeth is the first stage of recession.

Let’s see how that happens.

Bacteria in the mouth invariably form plaque, a sticky film on the teeth. You can remove these bacteria by brushing and flossing, but if they are not removed periodically, preferably once every 12 hours, the plaque can harden and form tartar, a hard yellowish-white calcareous deposit.

The accumulation of plaque and tartar at the margins of the gums causes them to pull away from the teeth. This, in turn, facilitates further formation of dental tartar in the space between the teeth and the gums.

Gum recession is generally associated with poor dental hygiene, since gum disease is the most common cause of this condition. But even if you brush and floss your teeth religiously every morning and night to clean them, you may still have receding gums.

In fact, overly aggressive hygiene measures such as vigorous brushing and flossing can be equally responsible for inflammation of the gums, which aggravates gingival recession.

Some of the other risk factors for recession of the gums are smoking and tobacco consumption, bleeding gums as in scurvy due to vitamin C deficiency, damage to the enamel of the teeth caused by acid reflux or self-induced vomiting, and orthodontic treatments involving repositioning of the teeth.

Receding gums are often ignored because they don’t cause any problems at first. Most of the time, people only pay attention once it begins to affect aesthetics or cause other problems, such as sensitivity to hot, cold or acidic foods, abscesses in the gums or mobility of the teeth.

If left unattended, it can even lead to premature loss of teeth.

If you have any of the following symptoms of gingival recession, it is worth taking corrective measures as soon as possible:

READ
Bacterial vaginosis and 9 remedies to fight it naturally 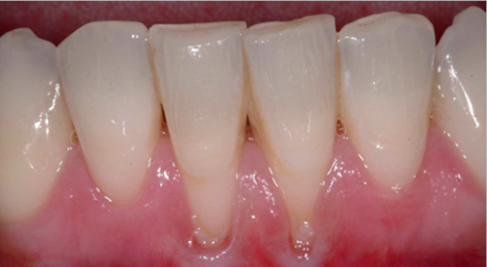 In the early stages of gum retraction, removal of plaque and tartar, along with conscientious but gentle dental hygiene measures, will help control the condition. However, advanced cases often require surgical procedures such as a gingival graft.

Here are some effective home remedies that you can try regardless of how severe the condition is.

Yarrow is commonly called nosebleed plant, arrowroot, thousand-leaf, bloodwort, or carpenter’s weed. The juice from its leaves and stem can stop bleeding. Many North American tribes chew the leaves as a remedy for toothache, as well as a host of other ailments. The coagulant, anti-inflammatory and analgesic effects of yarrow can help with retraction of the gums at any stage.

The simplest way to use yarrow is to chew leaves and stems if you have access to a fresh source. Crush the leaves or grind them to form a paste and massage it into the gums.

You can also make yarrow tea to gargle. Pour boiling water over a handful of fresh yarrow flowers or 1-2 tablespoons of the dried herb and let it soak for 15-20 minutes. Strain and drink when tea has cooled.

This antiseptic tea can improve oral hygiene in general and remedy a number of problems, including gum disease and throat infections.

If you do not want to try the herb, you can use yarrow essential oil. This blue oil is very powerful, so you should mix a few drops into coconut oil or another carrier oil before painting it onto the gums.

Whether you know sumac as a shrub or a tree that grows in your backyard or as a red spice used to season dishes or make pink lemonade, this plant can help you with the gums recession.

Certain parts of the plant have tannins that leave a bitter taste and a dry mouth feeling characteristic of an astringent. These remove fluids from tissues, reducing inflammation and restoring the tautness of the gums.

Remove the outer skin from sumac branches and use it to massage the gums, or flatten their tips and use them to brush your teeth and gums. You can also boil the leaves to make a tea and then gargle it, or you can make a refreshing Indian lemonade with the red berries.

In addition, sumac berries are rich in vitamins. You can also use dried and powdered berries as a spice.

Regular use of green tea has been shown to improve dental health. This isn’t surprising, since the antioxidant and anti-inflammatory properties of green tea are well known.

According to a Japanese study, regular consumption of green tea not only reduces the possibility of developing periodontal disease, but also reduces inflammation of the gums and improves the stability of the teeth. Drink green tea once or twice a day, allowing the tannins in the drink to do their job.

Sage tea is another herbal remedy that you can try for gingival recession. This herb has a long history of being used for dental problems thanks to its excellent antimicrobial and anti-inflammatory properties. People used to chew sage leaves as a remedy for swollen gums and dental abscesses.

A tea made from sage leaves can be used to gargle and relieve sore throats and mouth sores. It can improve overall dental hygiene as well as protect your gums.

READ
8 Signs that your child needs a gluten-free diet

Making tea from fresh or dried sage is easy. Just soak a handful of fresh leaves or 2 tablespoons of the dried herb in hot water for 15-20 minutes and strain the liquid. You can even use the leftover leaves to massage the gums.

The soothing gel obtained from the succulent leaves of Aloe vera can reduce inflammation of the gums and gingival recession. Use the fresh plant for this purpose. Break off a piece of the leaf and rub it on your gums. Repeat this as many times as you want. The gel can be removed and stored in the refrigerator. After brushing your teeth, rub the gel on your gums and gently massage to restore the tight texture of the gum tissue.

Oil pulling is an ancient Ayurvedic detoxification technique. Put 1-2 tablespoons of sesame seed oil in your mouth and swish it for about 10-15 minutes before spitting it out. Although oil pulling is used to treat various health problems, improvement in dental health is one of the most immediate results. However, it can take some getting used to at first. Be sure not to perform oil pulling on an empty stomach. 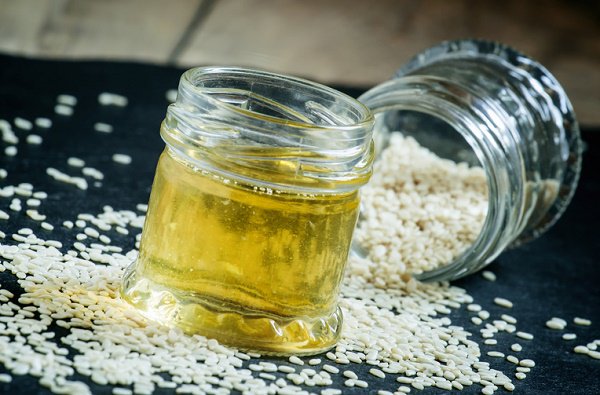 The lauric acid and medium chain triglycerides (MCTs) in coconut oil have antimicrobial and anti-inflammatory properties. Massaging your gums with a pinch of fine sea salt mixed with a little coconut oil can reduce inflammation.

Although oil pulling is traditionally done with sesame oil, you can try with coconut oil as well. It is lighter and has a more pleasant taste. Melt 1-2 tablespoons of oil in a spoon and use.

The essential oil obtained from the lemon peel is antiseptic and antimicrobial. Add ten drops of lemon essential oil to a cup of warm water and gargle, or mix 2-3 drops in a teaspoon of coconut oil and rub it into the gums to reduce inflammation and recession. This bitter oil has a fresh citrus scent that can dispel bad breath.

Clove oil is widely used to relieve toothaches because it numbs soft tissue, but this is only a temporary effect. The oil is often used in dental hygiene products because of its strong, long-lasting antibacterial effects.

It also tops the list because of its antioxidant capacity. Use 5-6 drops in a cup of warm water as a mouthwash.

Lemon grass has antifungal and antiseptic properties that prevent the growth of certain types of yeast and bacteria commonly found in the mouth. It also has anti-inflammatory and astringent activity on the gums.

Boil 2-3 stalks of lemon grass in water to gargle, or use 10 drops of essential oil in a cup of warm water. Regular use relieves inflammation and restores normal and healthy gum texture.

A deficiency of vitamin C can cause inflammation and bleeding of the gums. Supplements usually offer a dramatic improvement. It is preferable to obtain vitamins from foods because they are more easily used by the body in their natural forms rather than their synthetic versions.

To avoid this, try to have a local source of fresh fruits and vegetables whenever you can, and consume them raw. Drink green smoothies and fruit juices immediately after preparation.